It is with great sadness we notify you of the death of WILLIAM (Billy) GALLOWAY on 14 August, Billy served with the Ist Bn in many posts most notably in the Mortar Platoon in NI and the Gulf, completing his 22 yrs as Families Sgt in Cyprus.

MALAYA KOSB VETERANS AND FRIENDS ANNUAL DINNER 2019
The 16th Malaya reunion dinner will take place at the Peebles Hydro on 12 Sept 2019. The event will start in the Ballroom at 1745 for an 1800 sit down. The bar will be open beforehand for refreshments, the cost of the meal is £35 pp. There will be entertainment and some short speeches, after dinner the bar will be open. Dress is as for dinner, trews if possible and miniature medals.
The closing date was 05 August if you have not booked and would like to attend please contact the u/m in the first instance.

THE KOSB MALAYAN VETERANS REUNION DINNER 2019 – OPEN TO ALL BORDERERS, THEIR FRIENDS AND FAMILY

The KOSB Malayan Veterans’ Reunion started through the success of the reunions of 12 Platoon, D Company, the members of which were all resident in Dumfries and Galloway. They decided to extend it to all ex-KOSB Malayan Veterans for the forthcoming 48th anniversary re-union of the Regiment’s tour of duty in Malaya. This was back in 2003, and following on the success of this from which Josh White wrote in a letter to Ogilvie Dickson, “there was a special atmosphere generated that day and it confirmed in my mind that the Regiment really and truly is something rather unique and that being witness to a bunch of total strangers, re-living that bond of friendship after many years, was surely undeniable proof of it.”
He went on to say, “The KOSB in our day was like a large family was it not? Granted the Regiment was broken down into either Platoon or Company postings, each being very much isolated from the others, which necessitated us relying that much more upon ourselves. Contact with other Companies, were akin to visits with cousins and as a result I honestly believe that our associations became very very intense and it remains so to this very day”. It was from these strong feelings of camaraderie that the Reunions continued from then on , with Ogilvie Dickson taking over when sadly Josh White passed away suddenly in 2004. But Ogilvie took the concept a step further by organising a trip in 2006 for about 112 Malayan Veterans and their wives to visit the old camps in Malaysia. The crowning moment of that trip was the presentation of the Pingat Jasa Malaysia medal by the British High Commissioner to Malaysia whilst the party were in Kuala Lumpur. 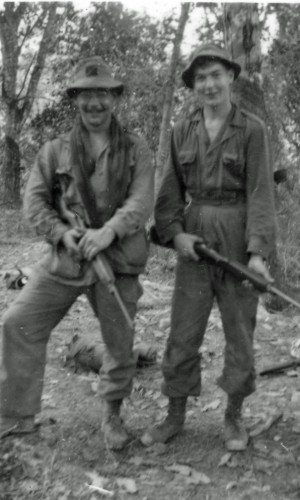 Ogilvie continued, with great aplomb, to organise the 2007 Reunion which was to be a spectacular event to mark his 70th birthday as well as being his last fund raising event for the Gurkha Welfare Trust which, for over the years, he had raised £12,600. The event began with a parade of the ex-Malayan Veterans down the High Street of Peebles, led by a Regimental Piper and two Gurkha Pipers. The salute was taken by Brigadiers Frank Coutts and Allan Alstead. During the evening a prize draw was made and one of the prizes had been donated by HRH The Prince of Wales who is Patron of the Gurkha Welfare Trust; it was won by Jock Nichol of Dykecroft Farm who intended to covet it as a family heirloom! The evening raised over £17,000 of which £15,239 went to The Gurkha Welfare Trust and £1,400 went to the KOSB Regimental Association. Around 300 attended that evening, not just veterans but Friends of the Gurkhas and personal family and friends of Ogilvie to mark his birthday. 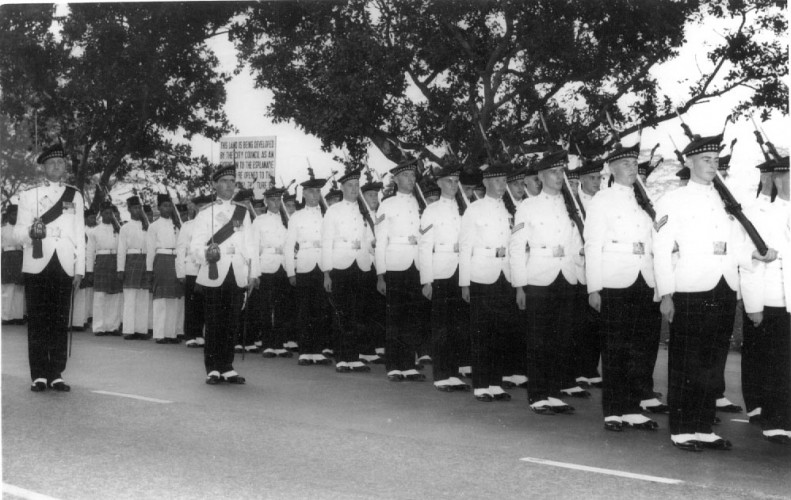 After a several requests from the Dumfries contingent, Ogilvie, decided to organise the Reunion for 2008 in Dumfries when 210 attended. However, it was back to Peebles Hydro for 2009 when over 190 attended there and heard Ogilvie announced that he intended to lead another group trip to Malaysia in 2010. Ogilvie was quoted as saying at this Dinner, “Our data base is gradually falling, but we are in our young 70s and there’s no reason why we can’t go on meeting. It means a lot to these men reliving those days fraught with danger and sharing the memories with mates whose lives depended on each other.” He continued to say that, “the bonds between the old comrades have been strengthened by these meeting and particularly with the tour in 2006, to their former camps in the jungle and with another one pending for next year, to see again where they had faced up to Communist insurgents and the hostile jungle.” Ogilvie also said “that on returning from Malaysia, or Malaya, as it was called previously, there was demobilisation and men returned to their former jobs, raised their families and they had commitments. Now almost all are retired so have time to socialise and that first meeting 50 years after brought back memories of the comradeship that was shared in those days. It was the spark that reignited the friendships and the trips back to Malaysia that cemented the bonds that have resulted in calls to continue these reunions. Most of us at that time were in our teens and had never been away from home so it was a tremendous experience. Now we swop stories, exchange photographs and strengthen the friendships and the comradeship that existed. We’re all in our 70’s and relatively fit, and I think these reunions will go on indefinitely, as long as we are fit enough to meet”.

Ogilvie duly led the Tour Party to Malaysia in March 2010, although he only met up with them in Malaysia as he had a great dislike of flying; so he went out six week ahead the party– as he had done with the group in 2006 when he travelled with Alastair Hewat, also by Container Ship, – no he was not put in a container! He greatly enjoyed his cruise on both occasions. During the second cruise he composed his letter of invitation to the next Reunion for September 2010. In this he suggested because of dwindling numbers that an invitations should be sent out to all KOSB Association members, although in the past the event has been mentioned to other Veterans, who replied that as they hadn’t served in Malaya they felt that they could not come. This is still a problem. 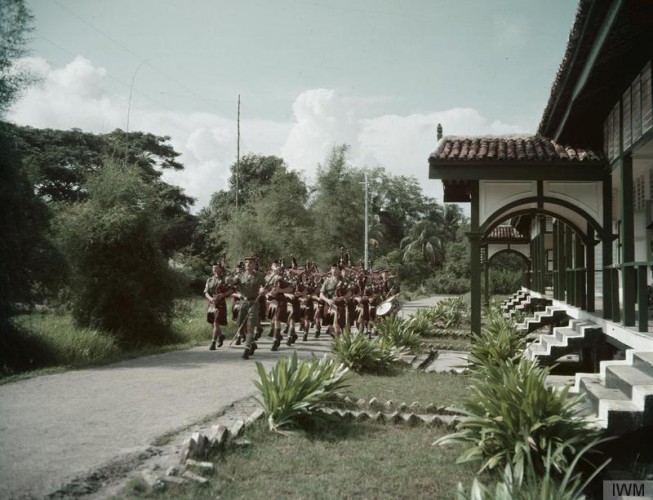 Despite leading the tour to Malaysia in 2010, Ogilvie still managed to organise the Dinner for 2010 as a Homecoming Dinner for the Tour Party when 206 attended and again in 2011 when 221 attended. In his “Newsletter” of December 2011, Ogilvie said that, “the dinner had been a great success and that the guests had occupied 101 rooms in the hotel, £1206 was raised by the grand prize draw, £477 by way of donations, and £425 was raised by an auction held on the night”. He also stated that, “ it was the first time that a profit had been made and that £1,465.04 was put into the funds for a “rainy day”.
Ogilvie, no doubt, relished being a great event organiser, but he did give his wife Flora a great deal of praise for her invaluable assistance. However, in 2012 he decided that this would be the last event he would organise and 187 attended his final fling. We all had another excellent evening. Both Ogilvie and Flora were praised for their amazing organisational skills over the many the years that he had been in charge of the arrangements for the Re-unions and a presentation was made to them. Very sadly, Flora passed away early this year, 2017, after a long illness 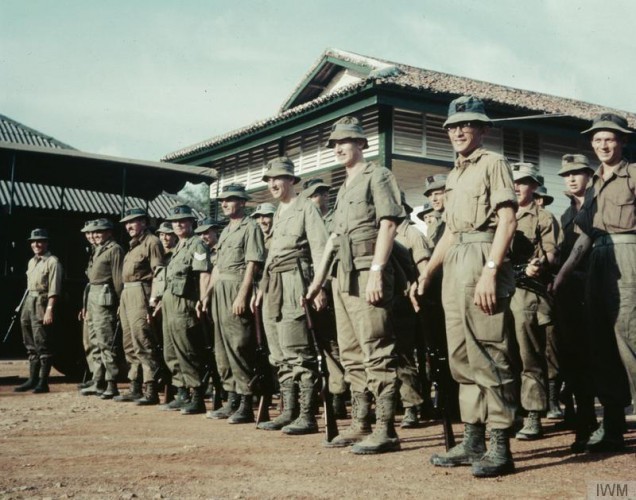 It was most appropriate that Jon Jon White, son of the original organiser of these Reunions –Josh White – should agree to take over from Ogilvie. Although he stated that he was very apprehensive to follow in Ogilvie’s footsteps, he bravely took the job on with the help of his mother, Joan White, and whilst he didn’t try to outdo Ogilvie with his extensive arrangements, Jon Jon made quite a few innovations over his three year period as organiser. In 2013 some 146 attended and in 2014, there were 136 at the dinner. One of the main things Jon Jon did was to continue the Malayan Memories booklet that his father had started. He asked for contributions from the Veterans of some of their stories and photos of the days they had spent in Malaya and had this printed as a memento for everyone for the Dinner in 2014. He also had his father’s original booklet re-printed and circulated for everyone to have. The comments made by Josh White in the booklet must invoke in all the Veterans the feeling of the jungle, “It is not the heat, though that is considerable, it is not the darkness, though that too is a special kind of hell. It is not the solitude for those able to bear it, it is not the unseen creepie crawlies that scurry across the unreachable parts of your body. It is not the stale stinking sweat that you smell – No, it is the sense of a total lack of space, a feeling of being overwhelmed and being part of an unbelievable misery. Your imagination cannot conceive just what it was actually like!” 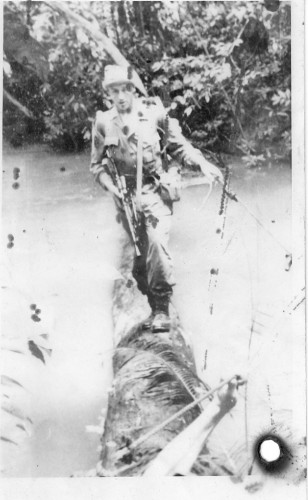 There were 133 Veterans attended the 2015 Dinner and Jon Jon had citations printed out for everyone on the 60th Anniversary of the Regiment’s arrival to take up duties in Malaya. But that was to be Joan and Jon Jon’s final year organising the Dinner. For both of them it was difficult as the hotel had passed over to new management. The new owners had repainted and refurnished the beautiful old dining room, into something we did not recognise. However, all went well when the staff re-arranged tables and produced white linen napkins instead of paper ones! Since then in 2016 and 2017, the Dinner has been transferred to the Ballroom which is still furnished in the traditional style with round tables, white tablecloths and white table napkins. Jon Jon and Joan were thanked most sincerely for their contributions to organising the Dinner over the last three years and were given a presentation to mark their efforts. The duties were taken on by John Crawford and Marshall Graham, who with the help of John’s wife, Esther, have coped well during the past two years 2016 and 2017. Very sadly John died earlier this year, however the organisation for 2019 will remain in the very capable hands of Esther. 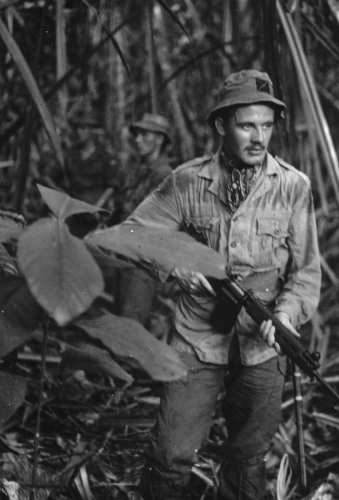 With the youngest veteran at least being 79, we would like to encourage any members of the KOSB Association to join us, no matter when or where they have served. It would also be wonderful to welcome a party of London and Southern Counties based members, or any representatives from other regions in the UK and Northern Ireland, who could perhaps come as a group. Arrangements could be made to meet them off a train in Edinburgh Waverley Station to have them transported to Peebles Hydro Hotel where they could stay for two or three days at very reasonable bed and breakfast rates and take in the wonderful Border countryside. They could have a day’s fishing on the River Tweed, go hill-walking, or shopping or trips to the other historic Border towns like Melrose, Kelso, visit the Border Abbeys or Sir Walter Scott’s House at Abbotsford – the list is endless! This year 2019, might be a very special dinner if HRH The Princess Royal was able to come – we have already put in a request for her attendance, but will have to await a reply. Therefore, for anyone reading this, we would encourage you to think of joining us at our 2018 Reunion, so that we can all enjoy the stories and camaraderie of times past before time itself passes us all by! We will endeavour to publicise this event on the KOSB website and through Branch Secretaries, to whom we will send out letters of invitation for 2019. We would be delighted to welcome you and you are all aware that: 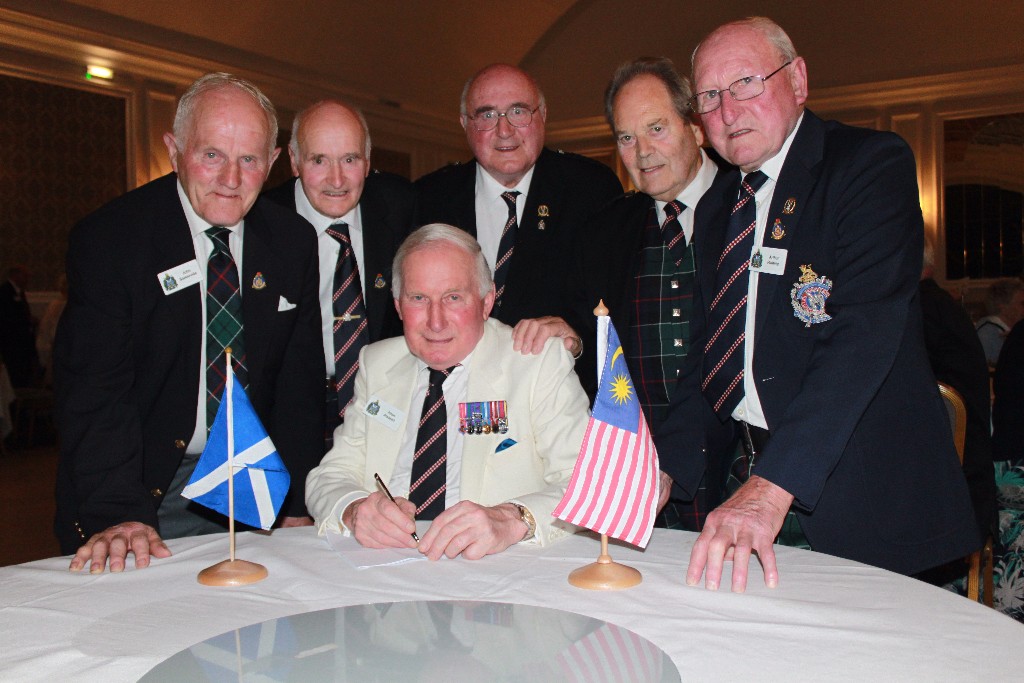