With regret and much sadness we inform you that Sergeant Bill Speakman VC died at The Royal Hospital Chelsea at about 7pm last night. 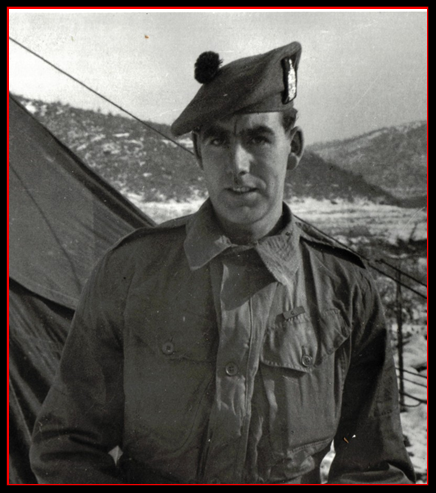 Bill was born on 21st September 1927, and brought up in Altrincham, Cheshire. He joined the King’s Own Scottish Borderers in 1951. Following his heroism in the action which took place North of the Imjin River, Korea on the night of 4/5 November 1951 – “Charlie Chinaman’s Gunpowder Plot”, Bill was awarded the supreme bravery accolade of the Victoria Cross. He later served with the Malayan Scouts and 22 SAS, returning to 1KOSB he served in Aden, Radfan and Borneo. He retired from the Army in 1968. Bill moved to the Royal Hospital Chelsea in 2015 and became a Chelsea Pensioner.  He was much loved and respected by all staff and fellow Chelsea Pensioners and also by all his fellow members of the Victoria Cross and George Cross Association. And all Borderers.
‘Always a Borderer’