At the outbreak of war in August 1914, the two Regular Battalions and the two Territorial Battalions (4th and 5th) were mobilized. In addition, ‘New Army’ Battalions (6th, 7th and 8th) were raised, together with a 9th Battalion, which provided reinforcements for the other Battalions, and a 10th (Garrison) Battalion.

The 1st Battalion fought on the Gallipoli Peninsula and their story is typical of that ill-fated campaign. Having been severely mauled in the initial assault, they took part in the Suvla bay assault on 21 August. On 8 January 1916 the battalion was eventually withdrawn from the Dardanelles. The casualty calculations come out at the horrendous total of 100 percent. For every two months of the eight the battalion had passed at Gallipoli. 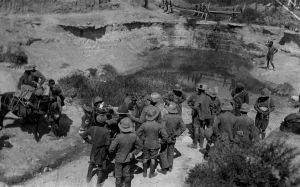 2nd KOSB served with the BEF in 1914 at the crucial early battles of Le Cateau and on the Aisne. In 1915 they fought at Hill 60 in the Ypres salient and were then transferred to the Somme sector. There in July 1916 they fought in an area between Morval and High Wood. In September they continued on the Somme and in April 1917 were moved to Vimy Ridge. Layer that year they took part in Third Ypres. A brief sojourn on the Italian front in November was followed by a return to the trenches and in the summer of 1918 the battalion fought on the Lys.

The 4th and 5th Battalions fought at Gallipoli, arriving in June 1915. Their history is a similarly tragic tale. They were evacuated to Palestine, fought at the Battle of Gaza and in 1918 handled themselves with distinction at Vimy Ridge in France.

The 6th Battalion suffered heavy casualties at the Battle of Loos in September 1915, and later fought on the Somme. In August 1916 they were at Vimy Ridge. In April 1917 they attacked at Arras and in September back at Ypres where they assaulted the infamous Zonnebeke redoubt. 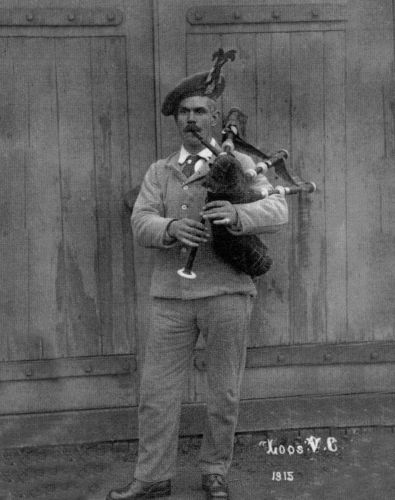 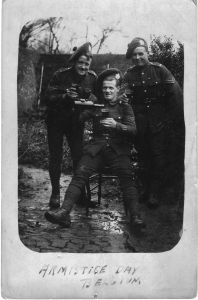 The 7th Battalion lost about two-thirds of its strength and the 8th over one-third at the Battle of Loos. It was here that famously piper Daniel Laidlaw of the 7 climbed out of the trench in the face of shellfire, machine guns and gas and, inspiring the men to attack, won the VC.

The two Battalions were amalgamated in the spring of 1916 and went on to fight on the Somme at Martinpuich, at Arras in the great push of 1917, at Pilckem and again at Arras during the great German Spring Offensive of 1918, and on the Marne (with the French and Americans), ending the war in Belgium.

Minden
World War Two
Do NOT follow this link or you will be banned from the site!